My imagination must have been napping when I read Frank’s photo challenge earlier this week.  Nothing came to mind for the prompt “crawl.”  He had a photo of a snake. Since I’m not a fan of snakes, I knew I wouldn’t go that direction!

An idea crept up on me earlier today.  Crawling through photo file folders, I found a few not-so-creepy-crawlies on flowers.  Bugs don’t creep me out like snakes do.  And most of the bugs that have appeared in my pictures fly as well as crawl.

Here are three photos of Japanese beetles on flowers and one image of damage done.  All were taken in early July 2011 when the beetles invaded our flower beds, voraciously eating their way through foliage. 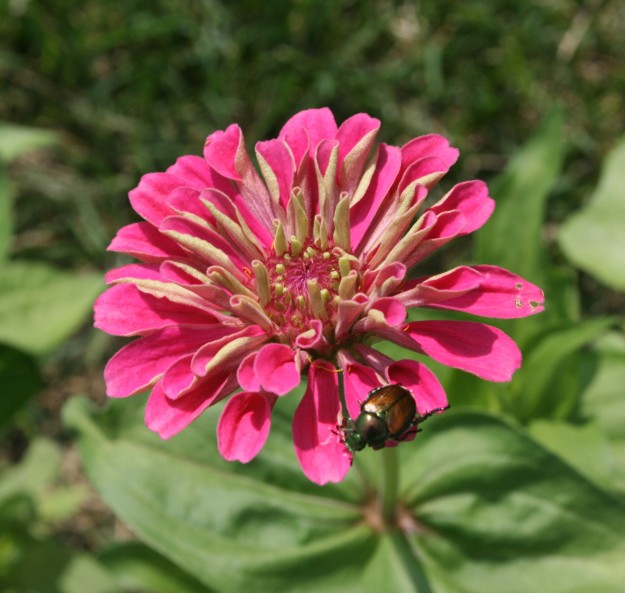 One Japanese beetle crawling on a single zinnia doesn’t look too destructive. 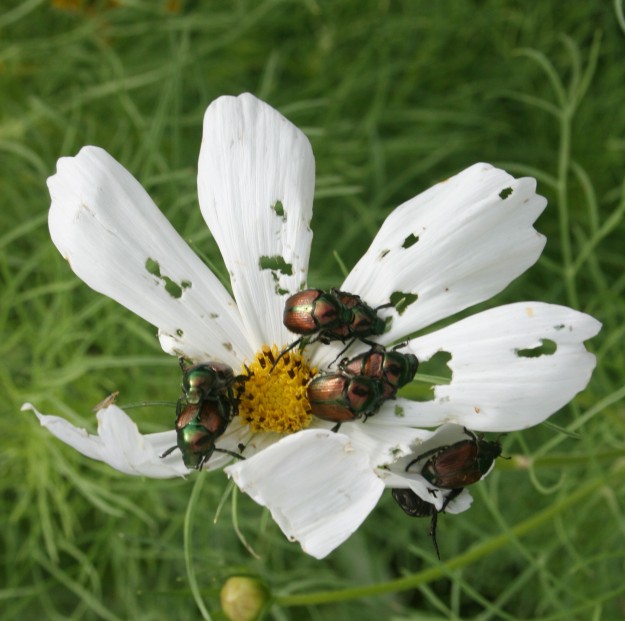 One cosmos with seven – or more – Japanese beetles doing their thing. 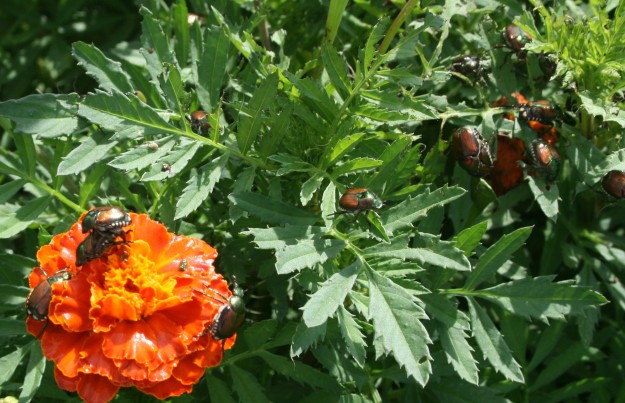 Japanese beetles are certainly crawling all over the marigolds, but are they feasting? 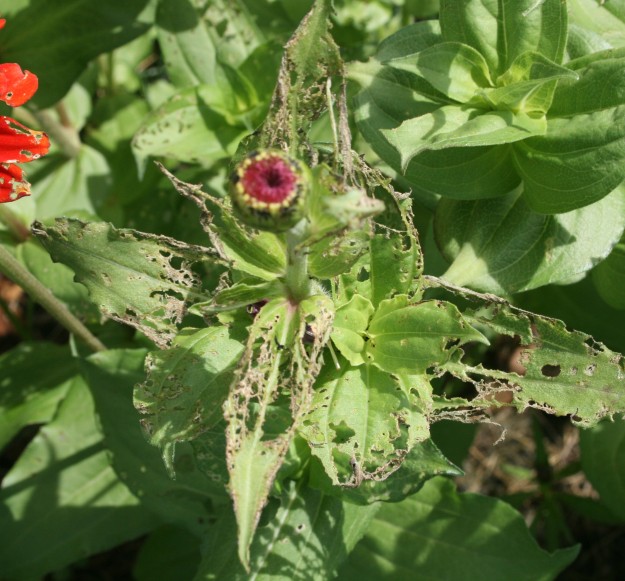 Shredded leaves tell the tale of the beetles’ visit.