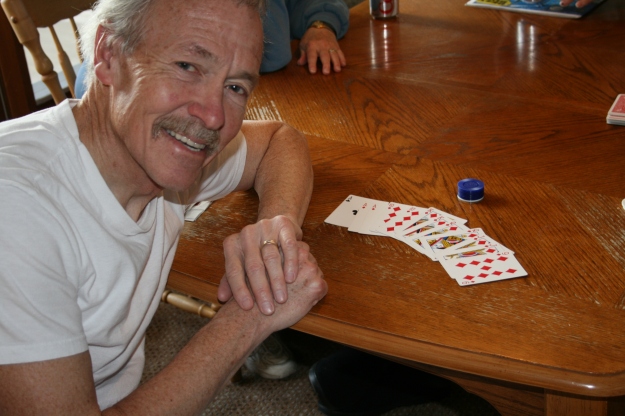 Whether four-handed (playing with a partner) or three-handed (you’re on your own), pinochle is family fun.  It is about being together, telling stories, sharing laughter, and occasionally holding really good cards.

When “family rules” are in effect – and they are always in effect – pinochle is also about grace.  A few examples:

Goodwill.  Second chances.  Much love.  All signs of grace.

2 thoughts on “Pinochle and Grace”